Demand for the M2A has continued to increase. As a result, RKI has decided to add an additional source for a housing with more availability. The M2A-XL is the M2A with an alternate housing, which is slightly taller, wider and deeper, but the electronics and operation are the same as the original M2A housing.

Some customers may prefer a slightly larger enclosure with more room inside for additional wiring. Since this housing is deeper than the original M2A, longer standoffs are required inside to properly bring the display up to the transmitter's window. 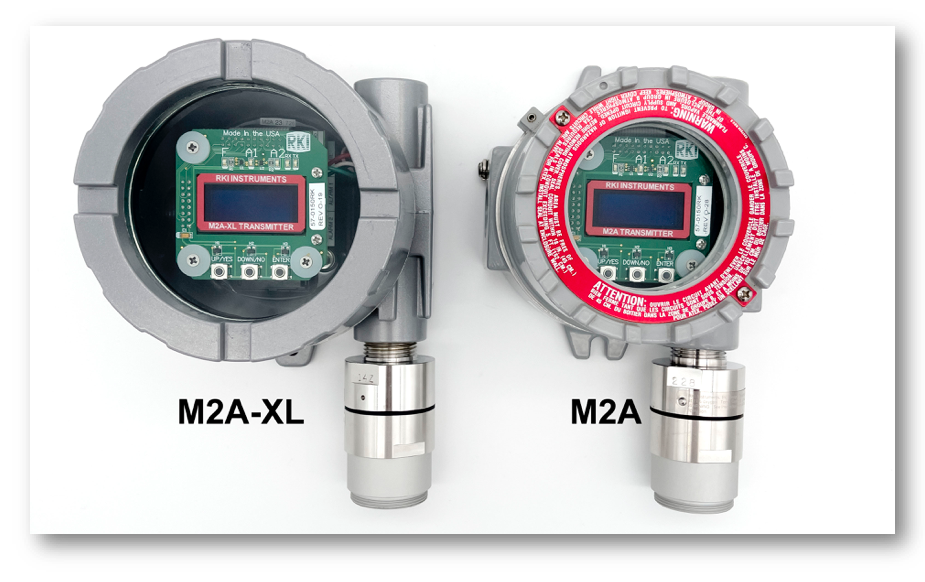 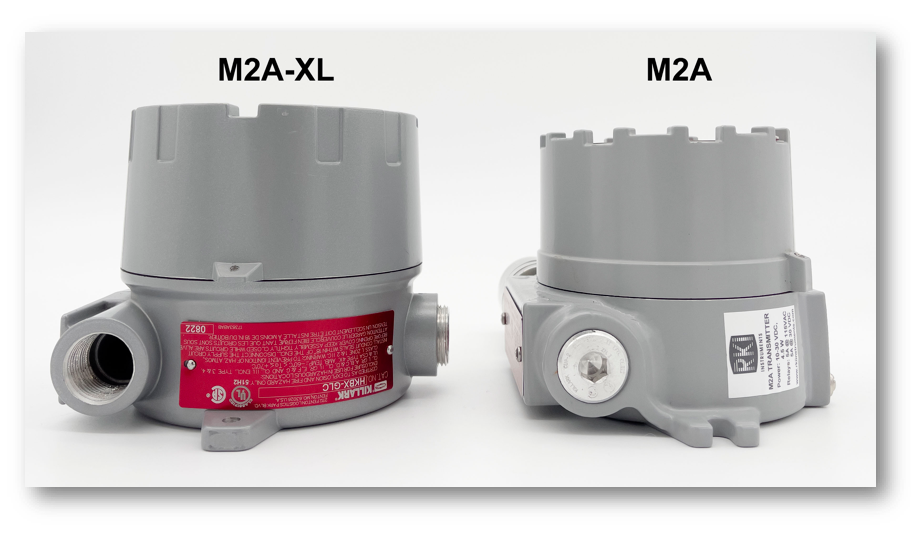 Changes related to using the new, alternate housing are outlined below:

Our priority is to continue to provide a high quality product with reasonable lead times. The M2A-XL will help us to uphold this priority even during these challenging times where supply chain issues can be so disruptive.